Messages is the communications centre between a Company and a Freelancer. It is also the easiest way to ask our Cavalry team for support. 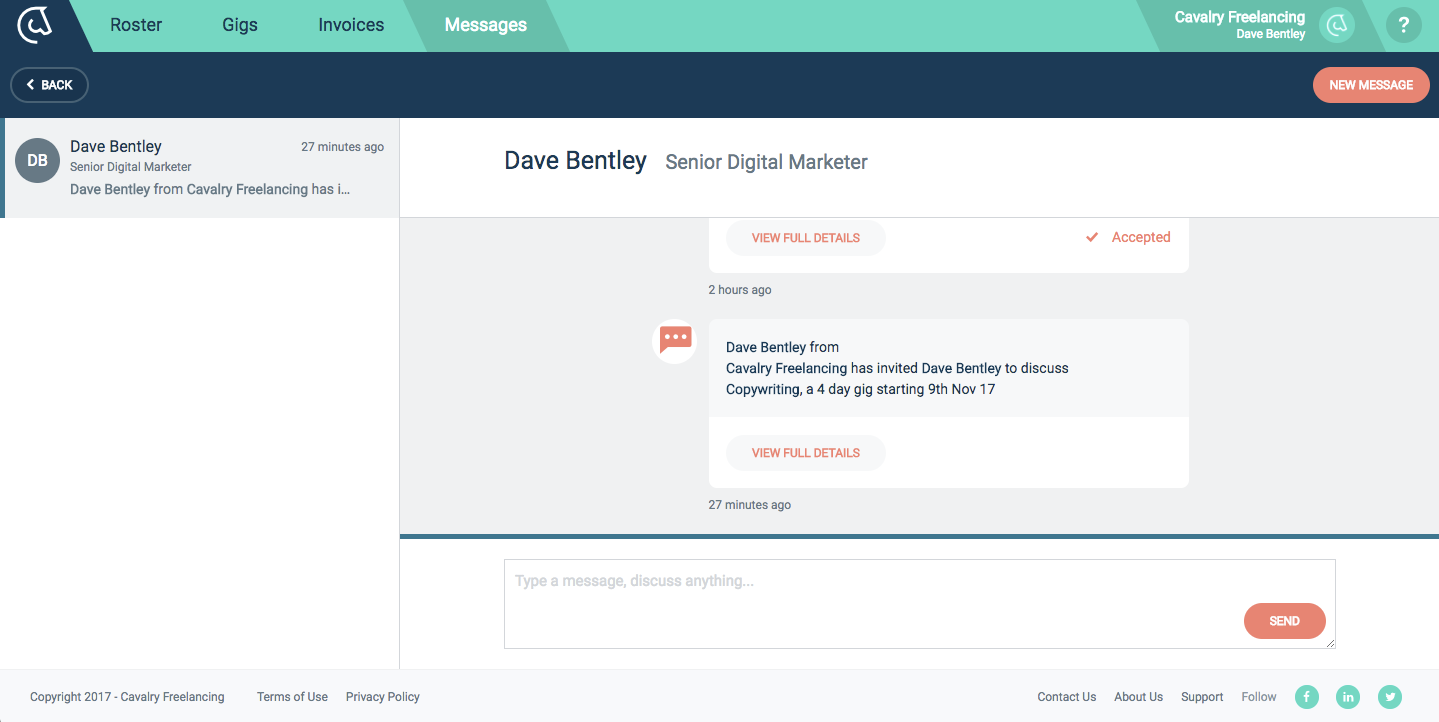 Who can you message?

You are also now able to upload files within messenger.

Messages does not yet support: